Karan Johar is so spontaneous and full of energy. He’s been my favorite filmmaker for the last decade and remains my favorite entertainer. At a recent book launch when he was quizzed about his own relationship with food, he was quick to say that FOOD was the only sibling he had, for the lack of any other and consumed in excess. That it never really left him! If it wasn’t on the dinner table then it was in the discussion zone. It sort of went in infinite loops. His own struggle with obesity is not a hidden fact.

So his way to deal with this obsession for food for his twins will be simple – Food shouldn’t be given so much importance! There is so much more to talk and do with kids these days than to focus on food. He doesn’t want to be a paranoid parent, especially when he sees so many successful actresses turn into hyper active paranoid beings once they become a parent.

He said it and said it with so much ease. I mean, it’s so true. These days mothers, I am guilty too, are so obsessed with food. “What would you like to take in your snack box? What dinner would you like to have today dear? What interesting bus snack can I give him so that he has a good time with his friends? Oh today is Sunday, it has to be something special of your choice.” We are either making the meals or planning for the next meal or thinking about how to feed the kids or enrich their lives with food. Look at it from a child’s perspective. Food ends up being the focal point of their day. It’s round the clock on their mind leading to fussy eating on one extreme and child obesity on another. It never really leaves us or them. And lest I forget, we are constantly boring our kids with the hazards of junk food. We talk too much.

Celebrity Nutritionist and author of the book Pooja Makhija says, mothers should stop talking negative about food so that children stop fearing food, fearing fat, fearing bad body image. Food doesnot make children fat, bad eating habits do. So little less of this, read junk, and little more of that, read healthy, is the way to go if you want to embark the journey of positive food parenting. What you feed your child is just one aspect of nutrition, how they eat is another.

To know more about obvious traps of child obesity and psychology of eating for 0-15 year olds, grab your copy of her latest book “Eat Delete Junior” 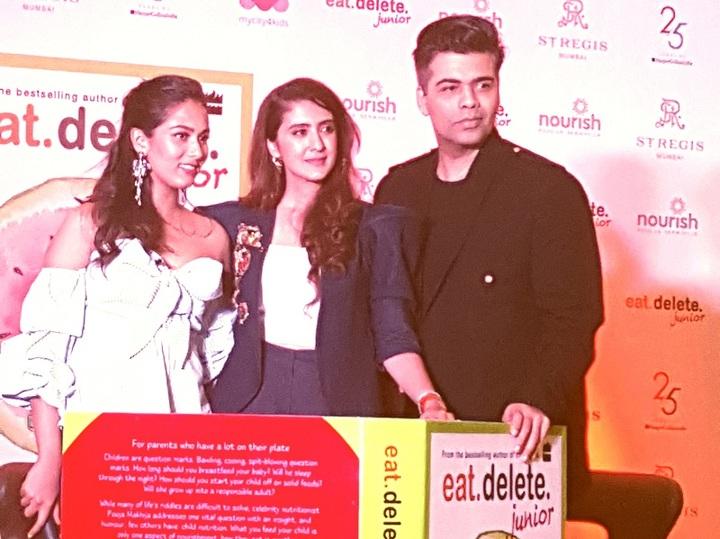 This article was first published here

Location 👇 + 8 Buddhist caves for 1-day trip near Mumbai | Save & Tag ur friends
Saveforlater |Things to know abt Career fair 👇 Why attend?
Location 🔽 Save & Share
Location 🔽