Where to shop, eat, sightsee in Tokyo, Japan. Read before you go!

If this is your first time in Japan, you will spot several unique features, native to this land. Starting with alphabets written in vertical pattern to interesting flora, which are sure to attract you, be it the much celebrated Japanese cherry blossom season or otherwise.

Right in the city center, adjacent to the Imperial Palace is the lush green Kokyo Gaien National Garden. The 2000 Japanese Pine trees planted here offer a serene atmosphere for jogging, running or a relaxing afternoon stroll. What is great about this garden is that from here, sitting on a bench, it is quite common to see convoys of diplomats coming and going. 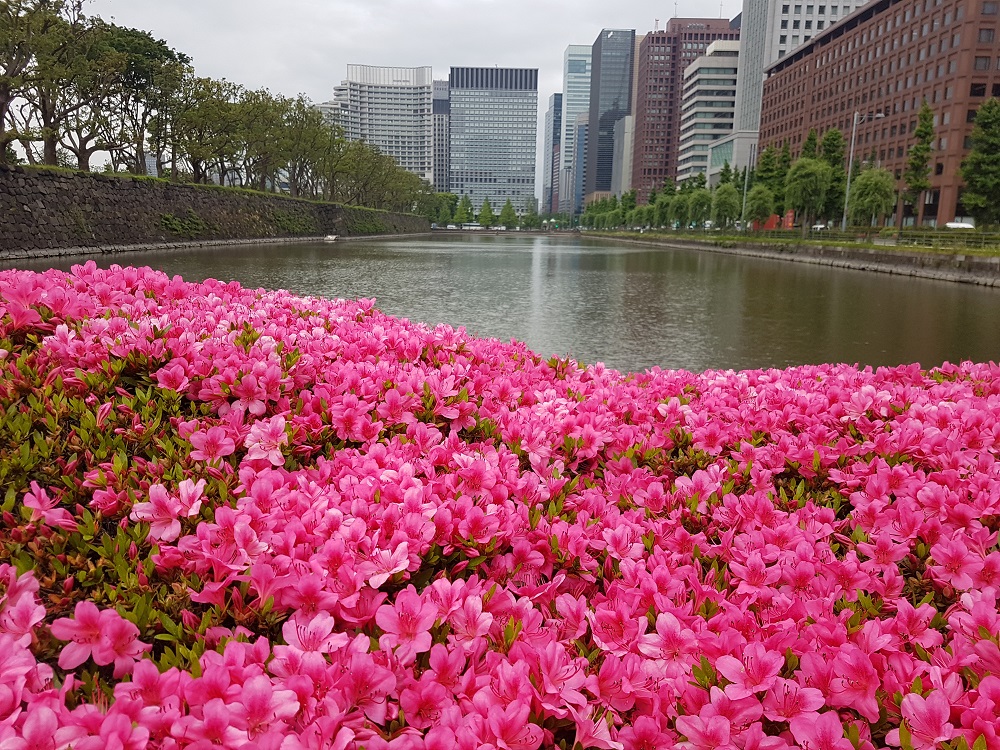 You may even see the Emperor drive by. Don’t hesitate to wave to him, he is known to wave to crowds as he drives though this area.

Home to the current reigning Monarch of the Japan, the Imperial Palace is located on the site of the former Edo castle. Edo Castle was the seat of the Tokugawa shogun who ruled Japan from 1603 until 1867. In 1868, the shogunate was overthrown, and the country’s capital and Imperial Residence were moved from Kyoto to Tokyo. In 1888, a New Imperial Palace was completed, but was destroyed during the World War II. However the palace was rebuilt again in same style, as it is seen today.

Most of the complex is off-limits as this is the residence of the Emperor’s home, plan ahead to join one of the free tours organized by the Imperial Household Agency to see a small part of the inner compound.

Hang out at the Palace Garden/ Imperial Palace East Gardens 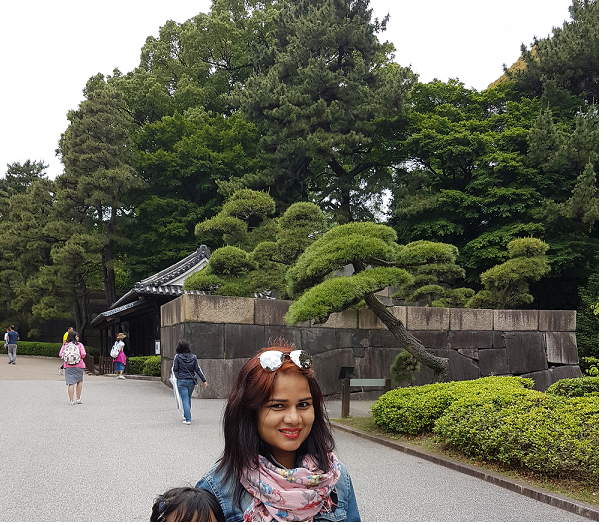 Not a single leaf out of place, the sprawling palace garden is spread over 1.3 square miles and painstakingly maintained. Attractions here include several cherry blossom viewing spots, art galleries, historical ruins and beautiful gardens. A massive moat and stone walls run around the palace which is connected via an Eyeglass shaped stone bridge to the mainland.

Inner palace grounds are not open to public except if you happen to be in Tokyo on on January 2 which is New Year’s Greeting day or on  Emperor’s Birthday, 23rd December. Visitors can enter the inner palace grounds and see the members of the Imperial Family. 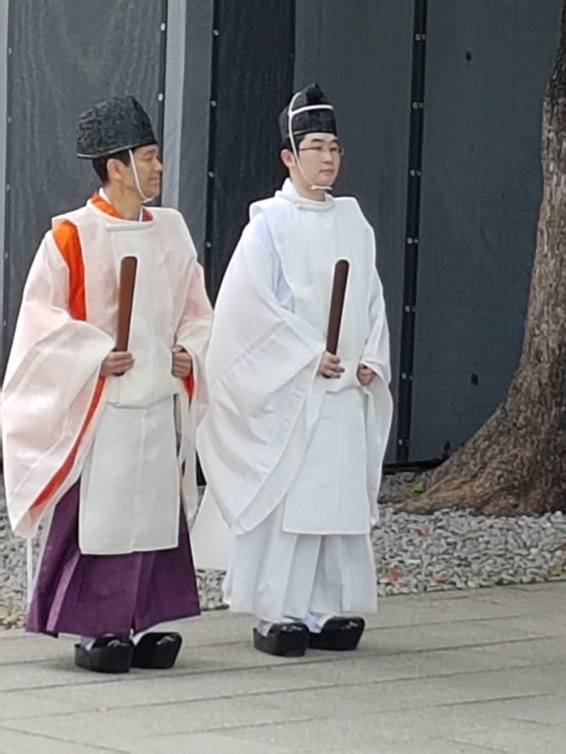 Please note this is the most revered shrine in Japan. Built in honor of Emperor Meiji and his wife Empress Shoken, the Meji Shinto Shrine is  spread over 170 acres and set amidst 120,000 evergreen trees. Notably these trees were lovingly donated by people from all parts of Japan around the time when the shrine was established.

Emperor Meiji was the first emperor of modern Japan. It was during the Meiji Period that Japan modernized and westernized herself to join the world’s major power. The Shrine was destroyed during the Second World War but rebuilt shortly thereafter.

Visitors to the shrine can take part in typical Shinto activities, such as making offerings at the main hall, buying charms and amulets or writing out one’s wish on an ema.

On the eve of new year, Japanese usually visit a Shinto shrine to prepare for the worship and Meiji Shrine is the most popular location in Japan welcoming more than 3 million worshippers during the first few days . Traditional Shinto weddings can often be seen taking place there.

Meiji Jingu Treasure House, houses many interesting personal belongings of the Emperor and Empress, including the carriage which the emperor rode to the formal declaration of the Meiji Constitution (Constitution of the Empire of Japan)

Also read: Where & What To Shop In Ubud, Bali

*21 places to go in 2020-21⛵ + GIVEAWAY🎁 | Asaikawa, Japan* . 14/2020-21 : Asaikawa, Japan | landmark destination – (Swipe right to see some icnic pics👉) . . Until the time we planned our Japan itinerary👘, we almost thought Japan is ‘ONLY’ worth going during the cherry blossom🌸. On our first trip to Japan, we decided to explore Japan off the path. Read ❄☃️SNOW walls, 30 Fts ☄Active Volcanoes, we saw one smoky oriface from 10 metres away and there were 7-8 in the Daisetsuzan National Park 🌾LAVENDER fields . . Yes the volcano did smell like Sulphur out here and it was deafening, once we got that close. The world’s politest people, police’s toughest challenge here is to track bicycle theft🛵🚲 Yes it’s that safe out here. . Personal hygiene is taken very very seriously and so is comfort. If you are flying Nippon airways🛩, you will have 13 menu options to choose from & a complete download on wasabi culture on the in-flight TV. 2 weeks is a perfect introduction to its unique heritage & culture and as an Indian we felt very very welcomed🙏 🏖 A holiday in Japan is perfect for 💃 Exploring Shinto Shrines and other formal traditions such as kaiseki dining and geisha culture 🛵 Visiting world famous sites of Arashimaya, Inari & zen gardens 🚄Getting onto the bullet train 👡🧥Luxury shopping in Tokyo Japan is NOT the right place if 🛵 Language could be a bit of challenge here though with a few common phrases and google translator we could sail though ❎Your tissue paper always lands outside the bin, it’s a serious offense here. Tidiness is taken extremely seriously here . . Trivia: The toilet seats in Japan are heated, not just that. You can also adjust the temperature to your liking☢! . Stay : Boutique or international chains Useful handles: @ visitjapanjp # #visitjapanjp @allnipponairways_official #FlyANA  @Japantravelcom #myJapan #japandailies #jpdaily #japandailies #virtualtravel #travelfromhome #anUrbanNomadic #travelblogger #mumbaiblogger #cntravellerindia #beautifuldestinations #worldtravelpics #traveler #traveldames #cntgiveitashot #shuttersofindia #travelstroke #gramslayers #_desi_wanderer  #outlooktraveller #indianblogger